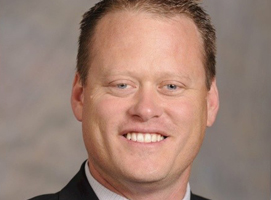 Justin Marquart is a fundraising professional with a depth of experience in both advancement and business. Prior to joining RNL, he served as vice president for philanthropy and business development for SightLife, a unique global health organization with a mission to end corneal blindness around the world. Justin led the organization to tremendous growth in both private and corporate support.  Prior to SightLife, Justin served as deputy director, individual giving for the Fred Hutchinson Cancer Research Center in Seattle. In this role, he managed major and planned giving for the center and oversaw the fundraising efforts of the Seattle Cancer Care Alliance, a consortium of Fred Hutchinson Cancer Center, Seattle Children’s Hospital, and the University of Washington Medicine.

Justin started his advancement career at Washington State University where he was the chief development officer for the Carson College of Business during an important growth phase and successful campaign effort. Leading the effort to bring in transformational individual as well as corporate gifts from Boeing, Starbucks, Marriott, and Microsoft, Justin and team positioned the Carson College of Business as a leader in the state and worthy of transformational investment. He went on to lead multiple university-wide efforts in advancement with the president and deans. His early career was with Intel, where his primary focus was the global launch of the Pentium and Core processors and components.

Justin received his BA and MBA from Washington State University where he was also a four-year letterman in baseball. He and his family also started their own nonprofit called Caddies 4 Cure, supporting two organizations in Portland—Randall Children’s Hospital and the MS Society.

Connect with Justin on LinkedIn

“Most non-profit institutions do an excellent job of providing a unique, personalized experience for the small numbers of individuals at the top of their giving pyramid, and they should. But what about the thousands of donors in the middle who also expect this type of connection? You need to bring to scale in order to keep and grow all donors.”

“Companies like Amazon, Apple, Marriott, and countless others have set the standard for what an engaging interaction should look like between an institution and an individual. This has become the expectation for these relationships and non-profit institutions must move to this model or risk being left behind.”