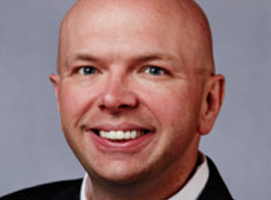 Connect with Chad on LinkedIn

Chad returns to RNL after years of service as a senior leader in development and alumni relations. Most recently, Chad served as the senior associate vice president for alumni engagement, annual giving, and career services at the University of Nevada, Las Vegas, and the executive director of the UNLV Alumni Association. In his role, Chad oversaw alumni engagement, annual giving, sponsorship, regional development, and university career services.

Chad has been an RNL partner at every institution he’s served and worked for RNL for six years early in his career after being a CAMPUSCALL client.

30 Ways to Amplify Your Annual Giving

An A+ For You! Creating Actionable Alumni Engagement Scorecards

“Philanthropy is derived from the Greek, ‘for the love of mankind,’ and is about a desire to promote the welfare of others. That means more than just giving. In our profession, we are responsible for more than just fundraising; engagement is part of philanthropy and increases the joy of giving.”

“To make transformational change in your program, you need to look deep into your data and also the trends in the world outside your program. Having a strong network and a partner who can leverage this data is key to moving the needle on donor response.”

Embracing the Subscription Economy With Your Fundraising Strategy...