What is your campus doing to hold on to second-year students? 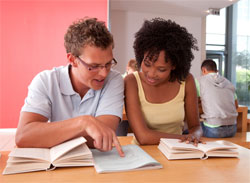 We know that the second year of college is a critical period of transition, adjustment, and potential confusion for students as they move from the safety and security of very structured first-year programs to continue their college careers. As students begin the second year, they search for purpose and meaning in the selection of a major, a career or interest, new friendships, and financial solutions for their educational and living expenses (often while coping with debt). As a result, many feel disconnected and overwhelmed by their new reality.

Unfortunately, most campuses have not yet implemented programs to help second-year students cope with this difficult transition. Research from the 2011 Student Retention Practices at Four-Year and Two-Year Institutions report shows more colleges have designed student retention programs for first-year students (90-94 percent across all institution types) versus second-year students (24-38 percent).

Another polling question asked respondents to “check all that apply” to identify their greatest challenges in implementing an initiative for second-year students from the following list (the numbers in parentheses are the numbers of participants who listed these items as challenges):

Notice that there does not seem to be a lack of willingness here. Instead, the bigger problems are related to funding, data, and time.

These should come as no surprise because they are the same major challenges institutions face when creating initiatives for first-year student retention. Yet many campuses have overcome these first-year challenges through thoughtful, timely, and efficient interventions. Campuses with successful first-year retention programs intervene early, before students make a decision to withdraw. They use data to guide their interventions so that they focus on students who both need and want assistance. They also use data to shape everything from broad retention planning to referrals for student services to individual advising sessions.

At the same time, it’s important to note that there are differences in first- and second-year students. What works for entering students often does not apply to students who have completed at least one term. For instance, many campuses assess incoming freshmen before they arrive on campus or within a few weeks of their first term. However, second-year students may already be weighing the decision to return before they even complete their first year. In other words, a campus may need to intervene with “second-year” students before they reach their second year.

Likewise, student attitudes can change dramatically in the first couple of terms. Old concerns or challenges may not remain relevant while new ones emerge. For example, new students may have greater concerns with fitting in on a campus or coping with the rigors of college. Second-year students may be more concerned with getting the classes they need or determining a path of study. Campuses therefore not only need to intervene at the right time with second-year students, they need to ask the right questions when assessing them. These reasons are why Noel-Levitz created an assessment instrument specifically for second-year students.

The point is that second-year students are hardly out of the woods when it comes to completing their programs of study. They often have the same levels of anxiety, concern, and need for assistance that they did during their first year. Yet all too frequently, they find themselves on an island, left to find their way to completion. Campuses need to make sure they keep second-year students on their radar and that they expand and adapt their first-year intervention efforts to reach beyond the first year.

What techniques work best to accomplish second-year retention? That often depends on the campus size, type, mission, and student composition. Send me an e-mail and tell me about your second-year students—their challenges and characteristics—and I can share insights I’ve learned working with campuses on this issue. Or download the slides and audio from our Webinar on second-year student retention and hear more about what we recommend to campuses. But no matter what, take some action to make sure second-year students keep persisting and progressing.

COVID-19 (Coronavirus) and Higher Education: Meeting the Needs of Your...

Time to Count! How Does Your Fall-to-Spring Retention Rate Help...