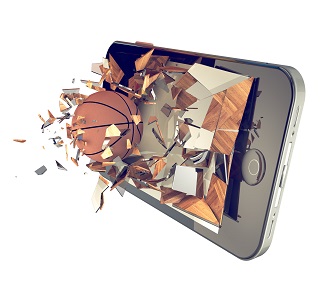 February marks the final push of the basketball regular seasons for colleges and universities throughout the United States, with 68 institutions fortunate enough to participate in the NCAA Division I Men’s Basketball Tournament – commonly referred to throughout the country as “The Big Dance” or “March Madness.”

When it Comes to March Madness and Phonathon, What Segments Should Phonathons Call Around the NCAA Men’s Basketball Tournament?

Making the NCAA Tournament can be a very big deal for a lot of schools and generate a lot of excitement (and donations) around campus.  But how does that excitement actually impact your phonathon results?   What segments should be called right before the tournament as opposed to holding those records to focus calling after the tournament brackets are announced?

We compiled the phonathon results for 22 schools from the 2014 NCAA Division I Men’s Basketball Tournament, and compared results from the 10 days prior to the bracket announcement (March 7-16) and the 10 days after (March 17-26).  Some details include:

The credit card and fulfillment rates of these alumni segments are especially important.  Remember, these are your most recent alumni donors.

For first-time lybunts, the comparative donor count is impacted by roughly 20 percentage points when calling in the days before or after the tournament’s bracket announcement.  For other current donors, the pledge rate is incredible for both time frames, but the fulfillment rate puts the pre-tournament timing over the top.  All four categories for parents also favored pre-tournament timing.

10 Days After: Focus on Short and Long Lapsed Calling

Once the tournament brackets are announced on “Selection Sunday,” shift your focus for the next 10 days to lapsed donor calling and let your recent donor lists rest.

For most institutions, lapsed calling puts a higher priority on increasing the donor count.  Therefore, calling your shorter-term lapsed donor segments in post-bracket timing is best given the across-the-board increases in pledge rate, credit card rate and fulfillment rate.  Even though the average pledged amount was $20 higher before the tournament field was announced, the difference in fulfillment and credit cards offset the difference.
For longer lapsed donors, fulfillment rates once again are the deciding factor.  For this donor segment, notice the pledge rates were equal.  However, more donors gave by credit card after the brackets were announced, which contributed greatly to the fulfillment percentage being higher.

Before or After, There’s No Significant Impact on Acquisition Calling

Now what about non-donor acquisition calling?

Before the bracket was announced, the pledge rate and average pledges were lower, but the fulfillment rate was higher.  Yet, when you combine all of these acquisition statistics, the overall fulfilled difference between calling before or after the bracket announcement was less than two cents per contact.  Therefore, there was no significant results difference on when to call these acquisition prospects.

The higher pledge rate and averaged pledge post-bracket announcement could suggest a higher level of engagement, but the pre-announcement fulfillment rates offset that somewhat.  If credit card rates were increased in the post-bracket calling, then the decision of when is best to call becomes much more obvious.

Knowing when to call certain segments is vital to maximizing results.  As always, we highly encourage making data-driven decisions for every aspect of your fundraising program.

In this case, if your institution looks like it could make the 2015 NCAA Division I Men’s Basketball Tournament, or even possibly the 2015 Postseason NIT, consider prioritizing your more recent donors in the days before the bracket is announced and save your less-engaged donors and prospects essentially for when games are underway.