October marks the time on the calendar when nonprofit giving really begins to ramp up. According to Blackbaud, the three-month period from October through December represents 31% of all annual charitable giving in the U.S.

Having a calendar year end fundraising plan that maximizes every second of the donor’s attention and every possible opportunity to secure a gift is critical. A poor calendar year end giving season can make growth for the full fiscal year difficult (although certainly not impossible).

Here are five things you can still add to your calendar year end giving plan:

One area that the nonprofit world, and especially educational institutions, can increase is the quantity of emails sent during the critical calendar year end giving period. Many higher ed institutions send maybe two or three emails during December. This pales in comparison to the traditional nonprofit world where the average last year was 7.5 emails during that month. In the corporate marketing world, a lot of retailers are finding success with three emails a week during the calendar year end holiday shopping season!

With all of that competing email volume in everyone’s inbox, you have to increase your quantity and frequency of emails in December in order to increase your chances of the email being seen, opened, read and acted upon.

As previously noted in our blog, postcards are easily one of the most underutilized forms of direct mail.

When it comes to calendar year end, your focus towards donors should be much more transactional.  There is plenty of time in January and February to worry about sending cultivation and stewardship.  December is a time for giving.

Postcards are very transactional in nature and their high read rates will increase the likelihood of a donor acting upon the call to action for a calendar year end gift.

Urgent notes: remember that direct mail planning and production timing takes longer than other channels. You have to plan NOW to send any postcards in December. Don’t wait for November to do it.  Also remember that post office delivery times are slower in December, so account for that timing when determining mail drop dates. 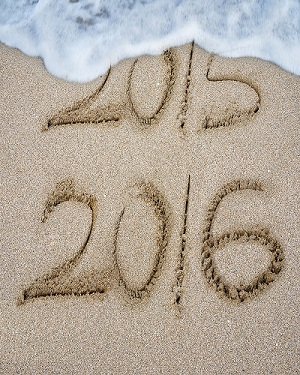 Most annual giving or development shops do not control the main social media channels.  In higher ed, those tend to fall to the campus PR office.  Depending on what social media channels are most popular at your organization, the recommendations for frequencies and types of posts will vary.  For some places, Facebook is the top-rated social media platform. For others, it could be Twitter or Instagram.

Nonetheless, most organizations could increase reminders sent via their social media channels throughout the calendar year end period. Regardless of channel, some kind of short video with the post is always well received. Small 10-20 second types of videos (the kind popularized by Vine) could be effective, and can be filmed now to have ready and scheduled throughout November and December.

December’s telefund season could be an opportunity to not only secure more immediate credit card gifts during calendar year end, but also to increase pledge reminders and simply incorporate another strong channel.

December’s calendar year end sense of urgency should be a compelling case for giving in any channel you utilize.  In addition, many donors may view their pledges as based on the calendar year (even though they’re usually left open for much longer), so take advantage of every opportunity to fulfill every possible open pledge.

Broadcast voice messaging can also serve as a nice reminder at calendar year end, and is an easy channel to personalize for multiple segments of your audience.  While these recorded messages can’t include direct solicitations, they can serve as great reminders as well as give you an opportunity to thank supporters and wish everyone a happy holiday season. In addition, broadcast voice messaging requires minimal setup time, which can be advantageous as you analyze fundraising totals during December. 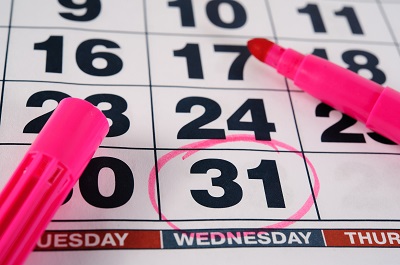 All of the aforementioned recommendations can be implemented as part of a Giving Tuesday strategy. In 2015, Giving Tuesday falls on Tue., Dec. 1. So not only do you have the societal awareness of charitable giving, but this year that date starts the final month of the calendar year end giving cycle.

The immediate impact of Giving Tuesday is felt by nonprofits throughout the U.S. and the world.  In 2014, at least $45.7 million in online and offline donations had been booked within the first 24 hours

Regardless of what channel mix you decide to incorporate, having a plan and strategy to take advantage of Giving Tuesday is becoming more important with each passing year. With all of the Giving Tuesday publicity, your donors could have more awareness of nonprofit giving on that date as they might with many of the other 364 days on the calendar. Leverage that opportunity.

The recommendations in this post feature opportunities via the phone, direct mail, email and social media channels. In today’s multichannel world, any successful calendar year end strategy will incorporate some, if not all, of these channels.

Finally, don’t conclude your calendar year end strategy on December 24. Make sure to take it all the way through the end of the month since as much as 12% of all gifts are made between December 29-31.

What to Expect With Your Fundraising Outreach in FY20 and...

These 4 podcasts Will Help You Transform What we Used...