Every now and then, rumors surface that email is dead.  However, the reality is that email is not only alive and well, it is thriving for many.  Earlier in 2015, email was ranked as the channel with the best ROI according to an econsultancy survey.

The calendar year end giving period is quite possibly the highest-volume period for email in the fundraising industry.  Maximizing ROI on the email channel can make a significant impact on your organization’s year-end success.

Here are five things that will help you increase those email channel results, especially (but not limited to!) calendar year end:

If your email never reaches its intended recipient, nothing else matters.  According to the ReturnPath 2015 Deliverability Benchmark Report, only 79 percent of commercial emails even make it to the inbox.  Most industries, including nonprofits, only have a deliverability of 80-90 percent.

One of the biggest reasons email does not reach its recipient is because the email address on file is considered “inactive” by email providers.  This is determined by how often someone logs onto their email as well as the amount of activity.

Important!  An “inactive” email account is not the same as an email 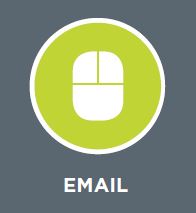 account that has been cancelled.  Many people have these inactive accounts they use for marketing emails, but may only check that specific account a couple of times annually.  Email that sits untouched in various in-boxes for months is one of the red flags that providers use to identify spam.

Therefore, having a clean list of active email addresses for your donors and prospects, not just email accounts that exist, is not only important for immediate needs, but also to keep your emails from landing in spam filters everywhere.

Communicate relevancy to the donor

Individualization and personalization are today’s buzzwords for a good reason.  As of September 2015, there are more than 1.5 million nonprofit organizations in the United States. That’s a lot of competition for the charitable dollar.

This competition also extends to higher education.  In the 2012-13 academic year, more than 2.8 million associate’s and bachelor’s degrees were conferred, not to mention more than 926,000 master’s and doctoral degrees.

Every best practice recommendation today in the marketplace–whether traditional marketing or fundraising– speaks to making the communications relevant to the recipient.  Relevancy can impact whether the donor or prospect opens the email and reads it for more than a couple of seconds.  More on that in our next section. 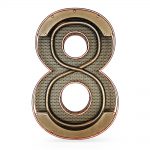 According to statistics found in Movable Ink’s recent report, nonprofits could expect at least 40 percent of emails to only be read for less than three seconds.  In fact, expect only between 25-40 percent of your emails will be read for more than 15 seconds.

If your emails are not relevant (as discussed in the previous section), they will most likely be in the three-seconds-and-done stack.

Once relevant, you still have a limited window of impression.  Thus, keeping your email short in length will help advance the reader’s eye from the purpose of your email to the call to action.

Have an obvious, trackable call to action

Especially at calendar year end, email recipients will almost assuredly know your email is asking for a donation.  There’s no reason to spend a lot of time with too much exposition.

Keeping it short and sweet can get the reader to your call to action button.  Make your desired action completely obvious to the reader.  This means not just an obvious “give now” type of button, but also a clear ask amount.

At this point, the reader has made it to the bottom of your email.  They’re hooked on relevancy and your cause.  Now make it easy on them to know what gift amount you desire from them as well as a convenient place to click for your online giving form.  You still have to get the recipient to go from the email to your giving form.  Don’t give them a reason to delay or wonder how much to give.  Make it obvious and easy.

We get asked often about email frequency.  How much email should be sent?  When should it be sent?

Statistically, day of the week and time of the day usually make very minimal differences.  That leads us to the question of frequency.  At calendar year end, you’re not only competing for inbox attention with other charities, you’re competing against various stores and brands.

The average nonprofit sends 7.5 emails during December, which works out to one email every four days.  Meanwhile, traditional marketers increased their year-end email volume by nearly 8 percent from the 2013 holiday season to the 2014 holiday season.

Don’t stop sending emails before December 25.  According to a study performed by Network for Good, 10 percent of giving for the entire 2014 calendar year happened between December 29-31

Consider both of those benchmarks when setting your organization’s calendar year end email strategy.

Be sure you have a tracking mechanism for every different email.  Most organizations should be able to embed a link in your call to action button.  If you’re giving donors a URL to type into their browser, you must utilize some form of URL alias that directs to a link with a tracking code.  Don’t just give donors the generic “www.givetous.com” URL.  Your database team will never be able to properly attribute a gift via the generic link.

Email requires a higher volume in order to realize significant results; it takes more than one or two emails to break through the in-box clutter and secure a gift.

However, if you take every reasonable measure to have a clean email database; have your messages short, relevant and visible; and make the financial transaction process donor-friendly, you should realize improved email results and ROI – not just at calendar year end, but the entire year.

If you have any questions or want to discuss fundraising email strategies, please email me.