How committed to college are your new students?

In an ideal world, it would be nice to think that every entering first-year student wants to be in college.

However, the data at the top of this table shows at least some of these students wish they were doing something else.  (These data are from our 2011 National Freshman Attitudes Report released earlier this year or were drawn from the same data set). Specifically, we see that between 11 and 17 percent of the students surveyed (the inverse of the 83 to 89 percent shown at top) are not convinced from the “get-go” that going to college is the most satisfying option for them. But what’s also interesting is that even though they might rather be doing something else, approximately 95 percent of first-year students indicate they are strongly dedicated to finishing college as they begin their college careers, no matter what obstacles get in their way (see bottom of table).

As it turns out, the first-year students who wish they were doing something else aren’t alone in holding that sentiment. National data also show that only 83 percent of continuing, second-year students agreed with the statement, “Of all the things I could do at this point in my life, going to college is definitely the most satisfying,” as reported earlier this year in our 2011 Pilot Study: The Attitudes of Second-Year College Students.

Are you seeing this on your campus, too? If so, how can you address the underlying attitudes of these students who are not convinced that college is their most satisfying choice, and prevent other students from adopting a similar view?

We suspect there are no “quick fixes” to respond to this concern, as the process of changing attitudes always takes time and some student attitudes are deeply embedded. Still, we’re confident that it is possible to make a difference here, especially because of students’ strong desire to finish college.  But where do you start?

One suggestion is to gather more information from students to understand where they are coming from by conducting focus groups with specific subpopulations, such as male and female, first generation students, or intended major.  Another suggestion would be to gather data on individual, incoming students by conducting a motivational assessment and then arranging one-on-one follow-up conversations with an advisor to talk specifically about the student’s commitment/desire to finish college vs. their career planning or career closure.

Depending on what you learn from your focus groups or assessments, you may want to consider developing initiatives that demonstrate the value of going to college, to shore up students’ commitment to their decision. For example, in addition to the advising conversations just mentioned, you may be able to strengthen students’ commitment to college and accompanying levels of effort by engaging students in group discussions about the relevancy of their academic studies to their career and personal goals, and by highlighting the success of recent alumni, student interns, and upper-level students (see a related post, The importance of communicating with your currently enrolled students). Of course, quality learning experiences in the classroom and positive interactions with others will also have an effect.

As students see and experience value, their attitudes should begin to change for the better.

Do you have more ideas for how to address this issue?  Add your comments and questions below. Let’s begin a conversation. 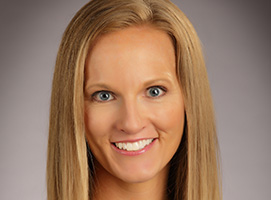 As senior director of retention solutions, Shannon Cook assists colleges and universities with using our assessment tools, market research, and management consulting to improve student persistence and degree completion rates. She is experienced in addressing...

Reach Shannon by e-mail at Shannon.Cook@RuffaloNL.com.

The RNL National Conference 2020 is Going Virtual! But What...

Almost 50 Percent of Schools Will Increase Number of Online...