Thanks to smartphone cameras, selfies, Instagram, and Snapchat, students who have grown up in the age of social media look to images to not only support online content, but to be part of the narrative. From travel photos to food shots to party pictures, prospective college students often tell their own stories visually when sharing with others. As they begin their college search process, they are naturally drawn to college website photos that both tell a story and draw them toward important content about the institution.

But what kinds of images resonate with today’s college-bound students?

The 2018 E-Expectations survey asked high school juniors and seniors to weigh in, showing them a variety of photos similar to what they would see on college websites. These images were tested for general interest and general appeal. These photo findings are a supplement to the 2018 E-Expectations Trend Report (download now).

Students looked at 10 images and were asked to rank the photos in two ways:

1) Which photo would make an institution look the most appealing

2) How students felt about a photo, using five provided responses:

The following five photos were the ones students said made the college look most appealing. Interestingly, these rankings did not always align with their rankings for excitement about a photo.

March Madness provides a month’s worth of media coverage and national excitement for dozens of colleges and universities, but this arena shot ranked in the middle of the photo pack. It was the sixth most appealing college website photo for seniors and fifth for juniors. However, 50 percent of juniors said they would get excited to see this campus in person, the highest excitement rating for juniors. 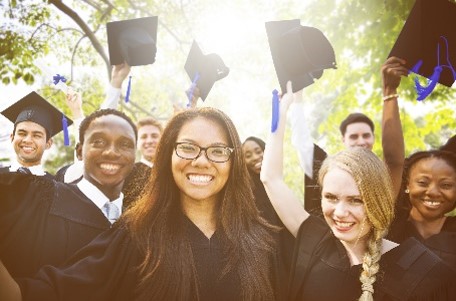 Graduation is the goal of every college student, but this graduation photo only ranked fourth among juniors and seniors. This photo fared better than some of the other photos featuring students, but in general anything that seemed like a stock photo of students did not do as well.

THIRD: Male students in a lab 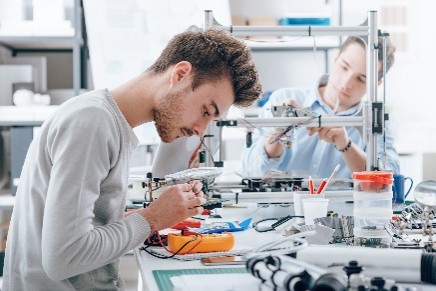 This was the highest rated photo featuring human subjects. It is arguably the least “staged” of the photos with people, as the subjects are in the middle of a lab project and are not looking into the camera. 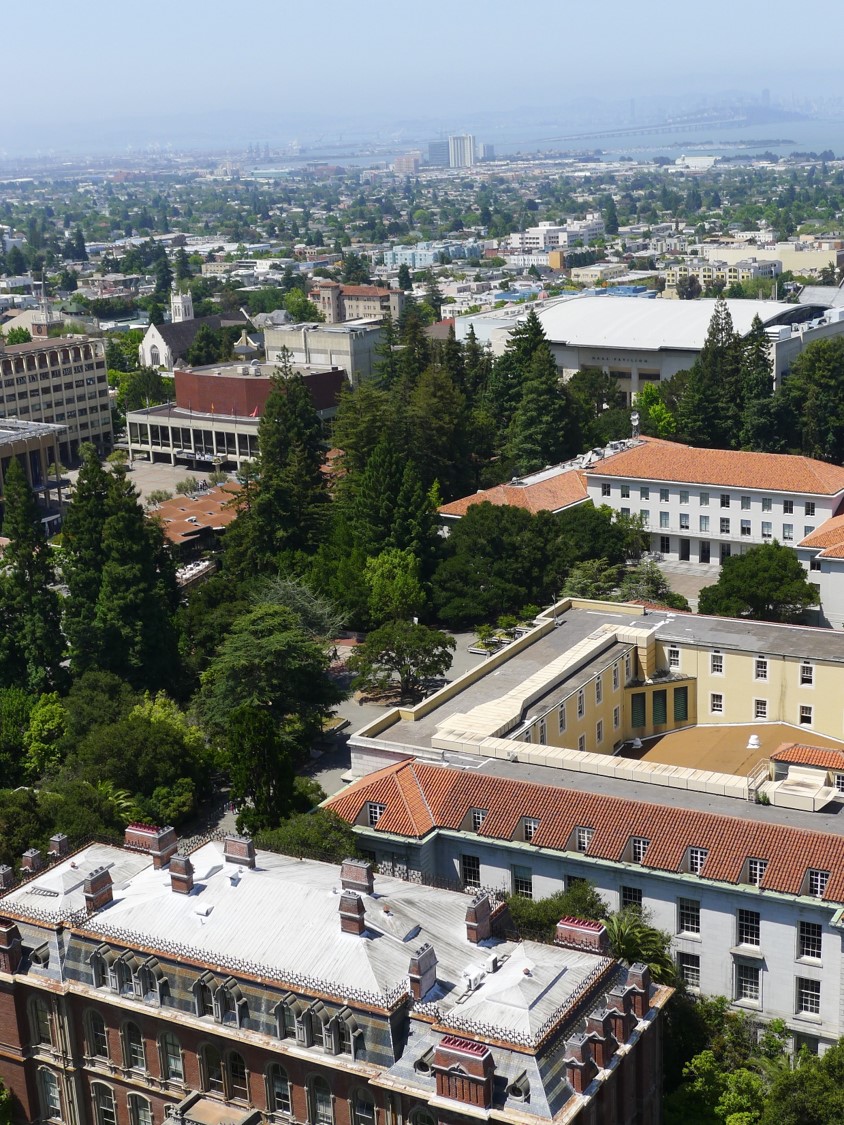 This is a classic aerial photo of a campus, showcasing a high-level view of the campus buildings. The background also places the campus within the context of its proximity to a downtown area. This photo generated the highest excitement rating from seniors, with 48 percent saying they would get excited to see this campus in person. 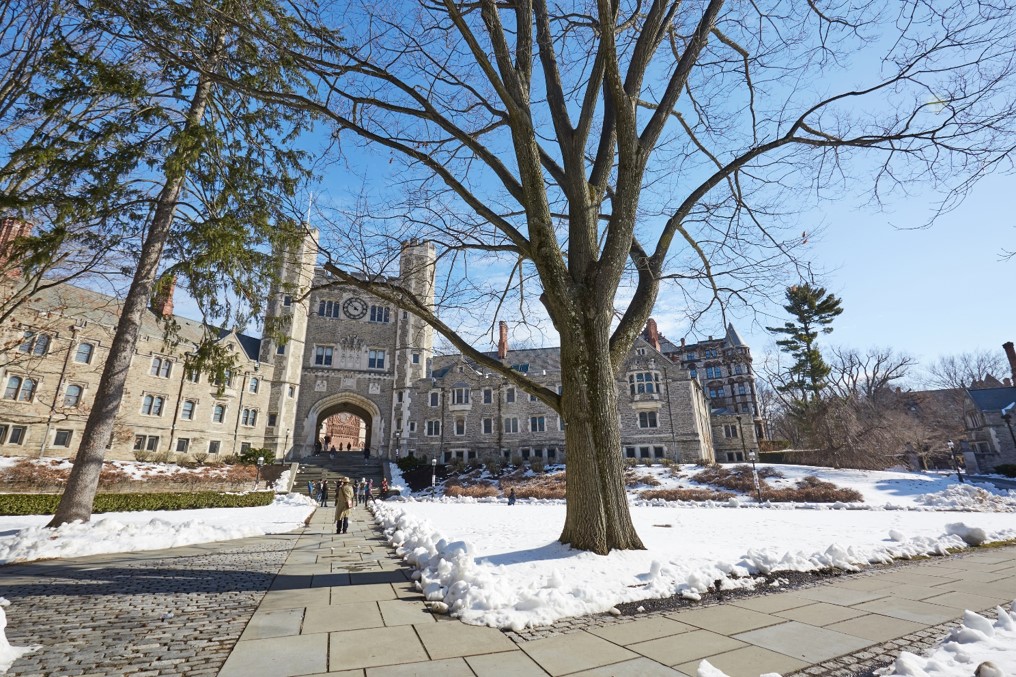 Juniors and seniors said this picture was the most appealing, choosing a quintessential campus photo with its classic college architecture surrounded by fresh, pristine snow. In terms of excitement, 45 percent of seniors and 37 percent of juniors said it made them excited to learn more about the campus.

Three of the remaining five did not elicit much of a response—positive or negative—from the surveyed students. These are all typical examples of “scenes of college life” photos. 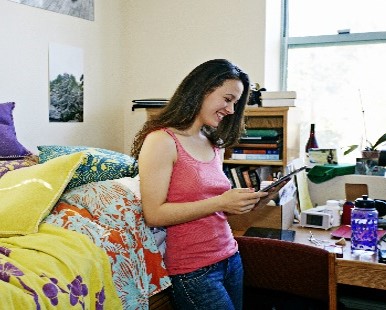 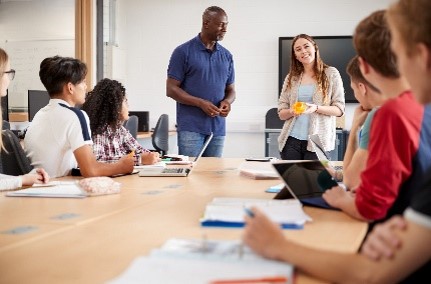 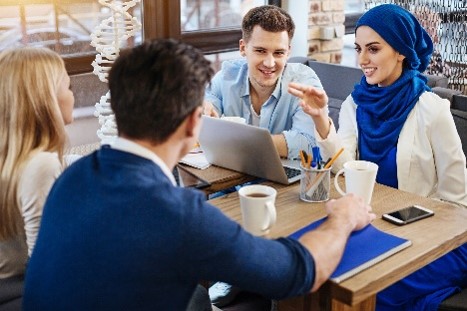 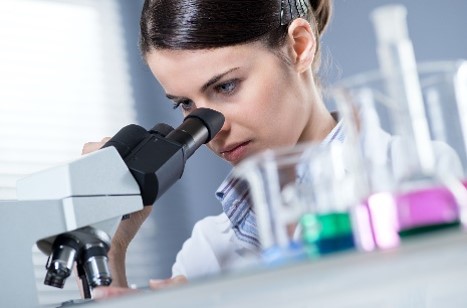 Not only did juniors rate this the least appealing photo, one out of five also said it did not inspire any interest or would drive them away from enrolling. 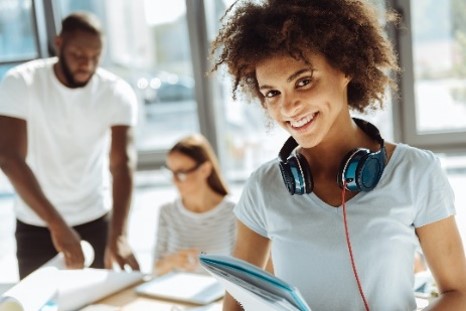 Seniors rated this the least appealing photo, and one-third of them said it did not inspire any interest in a campus. This photo would probably be considered the most “stock” of the bunch.

1) Keep it real. All of the photos with people we showed our respondents were typical of posed college campus pictures. Showing students is important, and good student photos can convey excitement about campus life, programs of study, and belonging at a campus. However, in an era of more spontaneous smartphone photos, the way photos are staged needs to reflect the way students take and view photos in their daily existence.

2) Show off your campus. Not every institution has ivy-covered walls and majestic columns that look like a Hollywood version of campus. But students did seem drawn to photos that showed a sense of place. For example, the aerial campus photo provided context of the campus in the surrounding area. Perhaps your institution is near appealing architecture, pristine countryside, or other attractions that you could also highlight as part of your location.

3) Mix it up. Present a variety of photos rather than exclusively showing your campus architecture. Even though students ranked all of these photos, there were significant numbers who liked each photo and found them interesting. Vary the types of photos you use even if you showcase certain types of shots more than others.

4) Don’t be afraid of snow. If your campus looks like a winter wonderland for part of the school year, you don’t have to hide it. Flaunt it!

5) Keep mobile in mind. Make sure that the photos you are using look as appealing on small screens as they will on large desktop monitors. Students come to college websites on smartphones, tablets, laptops, and desktops, so you need to make sure your photos adapt and look good, regardless of screen size. 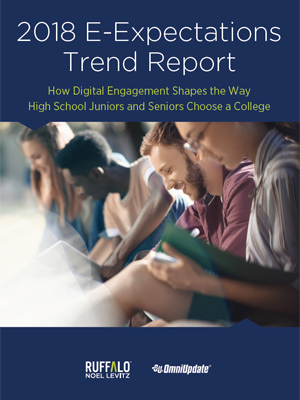 See our top findings from the E-Expectations Trend Report, or download the full report to explore topics such as:

3 College Recruitment Strategies for Success This Fall… and Beyond...