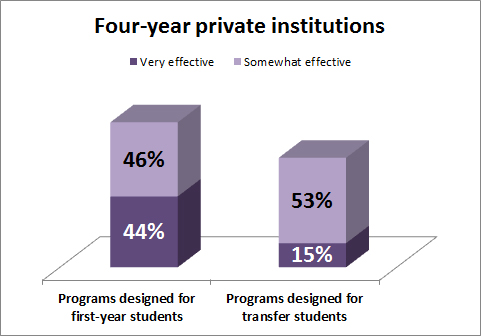 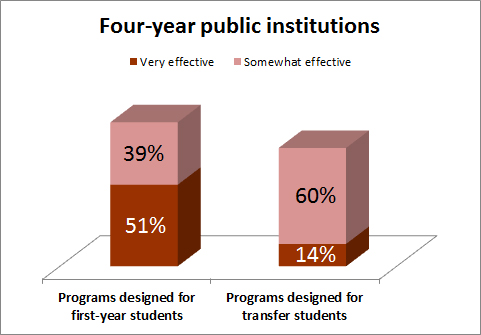 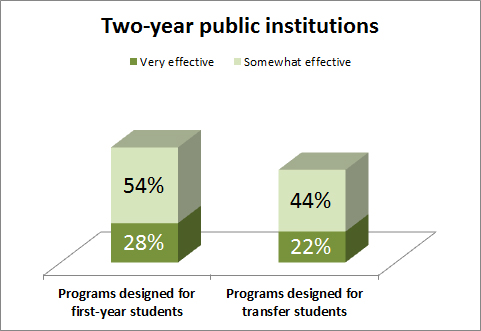 Our 2013 Report: The Attitudes and Motivations of College Transfer Students offers insights into a range of “non-cognitive” attitudes that influence transfer students’ motivation, engagement, persistence, and college completion. It is based on student survey responses from a sizable sample of transfer students at four-year and two-year institutions. The data show the transition to a new campus for a transfer student is not always easy. In addition to learning a new set of policies and procedures, some students may feel frustrated if some of their previously earned credits did not transfer (see page 18 of the report). They may regret not seeking assistance or services at their previous institution and wonder if these will be available. Some may feel disconnected and confused by the unknown.

How can college transfer students get a strong start in a new academic environment?

Academic success is often affected by a student’s willingness to accept assistance provided by the institution. When asked if they would like to receive assistance, nearly half of the transfer students in the attitudinal study indicated receptivity to academic support services. For example, among the respondents from four-year public institutions, 50 percent indicated they would like tutoring. (The comparable figure for respondents from four-year private institutions was 48 percent and, for two-year public institution respondents, 37 percent.) The survey also asked whether the students had received tutoring assistance at their previous institution. Across institution types, less than 24 percent reported receiving tutoring previously.

The survey also looked at institutional impressions on a seven-point scale ranging from 1 = very dissatisfied to 7 = very satisfied. Transfer students in the study appeared to be somewhat dissatisfied with their frequency of communication with academic advisors, rating it relatively low at 4.83 overall.

Understanding transfer students’ attitudes, receptivity, motivations, and level of satisfaction with services is important in supporting their needs. The key is to tailor student success programs to these needs. Below are ideas to consider.

Does your institution offer:

2. Programs beyond the usual classroom and advising services that connect transfer students to faculty, staff, and native students within academic or co-curricular interest areas?

4. Assignment of students to an advisor within the student’s major/area of interest with an early focus on confirming or further refining a written academic plan?

6. Career fairs for students who are undecided about a major?

7. Academic support services based on areas of student need and receptivity?

Driving Student Engagement During This Very Unusual Summer: The Key...