My colleague Scott Jeffe recently asked me to do a blog for the upcoming newsletter. When I asked if he had a specific topic in mind, he said, “How about an update on what is going on with digital marketing?” To put it mildly, this is a pretty broad topic. As I thought about what would be most helpful for our readers to know, I decided to focus on a couple of the mega-trends that I think of as more “long-term” and a couple of the latest developments that I think of as short-term and tactical.

I had a great conversation with Scott in the “RNL@Home” interview embedded here, but I wanted to summarize some of our conversation as well:

RNL’s lead generation for graduate and online enrollment can produce the qualified leads you need to fill your programs and reach your enrollment goals. We help you attract more qualified student leads through paid digital advertising and search engine optimization.

Ask for a complimentary consultation 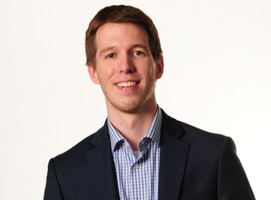 Aaron Schrock is an experienced digital marketing professional with a wide range of expertise in digital strategy and advertising, SEO, and SEM. As director of digital technology, he is responsible for keeping RNL's digital strategy...

Reach Aaron by e-mail at Aaron.Schrock@ruffalonl.com.

Why Timely Response Is Critical to Enrolling Online Students

Creating an Environment for Success