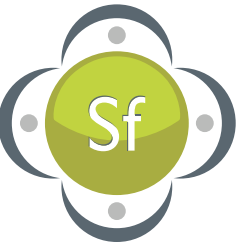 Doug Hattaway, president of public relations firm, Hattaway Communications wrote in the Huffington Post that, “stories must be strategically designed to motivate and mobilize people. And the content of strategic stories must be compelling, in order to capture people’s attention and imagination.”

Since ScaleFunder’s founding, we’ve held a belief similar to Doug’s. We believe so strongly in the power of stories to motivate donors that we’ve even codified, “How to Tell Stories with Video.”

Below are examples of videos that have succeeded in illustrating the uniqueness of their project, showcasing their team, and explaining how donors can help. In other words, they were able to motivate and mobilize people. The videos are organized by type of project and an explanation of the elements necessary for a successful philanthropic crowdfunding video. Those elements are often humor, thoughtfulness, showcasing the team, and poignant testimonials.

The Carnegie Mellon Swimming and Diving team launched a project to fund their training trip to Florida. Their video is effective because it does a great job of showcasing the team, using student testimonials, and the thoughtfulness behind their financial ask.

UCLA’s Beethoven Spectacular was a project launched to honor conductor and professor Donald Neuen, whose career spanned six decades. And the video is apropos of not only Professor Neuen’s distinguished career but of the project’s theme. The video not only employs humor effectively, but the entire financial ask is joyfully sung.

Novel and innovative ideas often have an inherent narrative structure, thereby allowing for ease of storytelling. Missouri S&T’s rocket design campaign and MIT’s Hobby Shop projects are no exception. The rocket design project did a great job showcasing their team in a novel and fun way. The Hobby Shop managed to employ creative editing in order to display humor. So consider humor when explaining stories that may be difficult to convey. In the case of MST and MIT, both made compelling cases for their financial ask.

Unrestricted giving works exceptionally well on the ScaleFunder platform. Nowhere is that more apparent than Beloit College’s unrestricted campaign, which was widely successful. No doubt their video, which featured a first person point of view and harkened back to alumni nostalgia, played a big role in the amount raised. 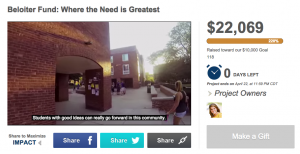 While financial aid campaigns don’t necessarily trade tchotckies per donation like a typical crowdfunding campaign, the direct student impact creates a powerful narrative. Video for these projects are a direct emotional asks, and as Cal State Long Beach showed with their poignant and thoughtful video about students helping students, they can be extremely successful. The video is only 31 seconds, but its call to action is very powerful.

Our final video comes from Franklin & Marshall College and their WFNM campaign. What was interesting about their video is how little dialogue there was. But that didn’t stop it from being a compelling watch. In a way, the lack of dialogue was thematically appropriate. So when you’re filming your video, it’s perfectly acceptable to think outside of the box as long as the financial ask is conveyed clearly and sincerely.

We hope you had fun watching these videos as much as we did! If you want to chat about digital fundraising strategy, please reach out. We’d love to help you imagine your video. 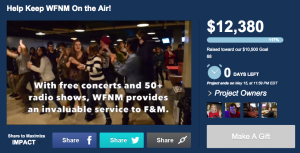 The 2022 Advancement Innovation Summit will Bring New Insights, and...

How To Not “Crowdfail” This Fall with Your Crowdfunding Efforts ...

Investing in Annual Giving will Pay Off in Your Major...