The power of data-informed narrative for college enrollment management

I hear two common laments related to data on college campuses, and in some ways they represent the ends of a continuum. At one extreme is the “data-rich-and-information-poor” school: the data-rich institution has tons of data, but has not taken the time to figure out what it means or what anyone should do about it. Sometimes a campus gets stuck in a cycle of “analysis paralysis,” where every review of a data set leads to more questions and the need for more data.

At the other extreme is the campus that claims they have no data and manages by anecdote. In this case, data may be hard to get out of the system, there may be mistrust of the data that is available, or there simply may not be a culture of data-informed decision making. So campus leaders make decisions based on their best guess, or often, based on the most compelling anecdote.

In this space, I’d like to suggest there is a mid-point on this continuum that can lead to productive data use and data-informed decision making: Merge data with anecdote, or more practically, merge data with narrative.

Anecdotes are compelling because they appeal to the human desire for a good story. Anecdotes have memorable characters and interesting plot lines. Unfortunately, a single anecdote told multiple times does not represent multiple incidents or repeated data points. A repeated anecdote remains just one incident, and managing based on anecdote is seldom productive.

What I am learning from a number of my campus partners, however, is that casting a situation analysis as a story provides a hook for both the teller and the audience. It adds a depth of meaning that tables and charts alone simply cannot accomplish. When I begin the situation analysis process with a campus as part of its Strategic Enrollment Planning, I ask those who are leading the situation analysis effort to draft a story. Tell me the story of enrollment on your campus. Tell me the story of academic program growth. What is good and rich in your history, and what gives you pause? What have you overcome, and what are you concerned that you will be facing in the near future?

As in many SWOT (strengths, weakness, opportunities, and threats) analyses, I ask my campus partners to start their situation analyses with a qualitative approach. But add a challenge: any claim in the story has to be substantiated by some piece of evidence, some data point, a historical table or graph. Requiring evidence works on college campuses because faculty and staff have been thought to think critically and to value evidence. There is something comforting about finally testing assumptions, and in virtually every case, those who have been reluctant to start with the data, now embrace it.

My favorite example of this process comes from a faith-based campus I am working with. When I was first on campus, I heard glowing testimony about the faith-filled student culture and the vibrancy of the campus’s worship life. They told a good story, but were skeptical when I asked them to support their claims with data. Much to my delight, at my next visit to campus, the student life and culture working group had compiled an impressive list of supporting data points. A sampling of their evidence is contained in the bullets that follow. Note their use of national survey items as well as internal surveys and local participation tracking numbers.

I share this example because culture and mission elements are often the most difficult to provide data to support. Culling competitor enrollment data from IPEDS, on the other hand, is reasonably straightforward. The point is we can find data to support the narratives we should be telling on our campuses. Sometimes that hunt for data even turns up evidence that contradicts the narrative we are trying to tell. I worked with one campus where it was “common knowledge” that students who left did so primarily due to a lack of financial aid or financial resources. However, the campus then learned from our Retention Analytics Research that only one financial variable was correlated with student attrition. Now THAT required a conceptual reset!

Whether we start with the story or the data, at some point the two need to come together. If the data are not telling us something, then they’re just numbers on a page. When data support the stories we tell on our campuses, then we build confidence in the narrative and an understanding about what the data mean and what we should be doing about it.

If you have questions or want to explore further the ideas that I’ve raised here, please drop me an e-mail. Also, if you are an enrollment manager and would like to have a hands-on exploration of this topic, I invite you to join me and other campus leaders at the Strategic Enrollment Management Executive Forum (December 4-5 in Las Vegas). It’s a hands-on event where we can systematically and candidly examine issues such as this one. 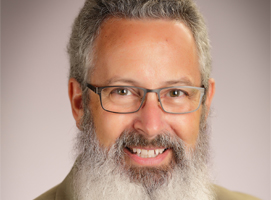 Reach Lewis by e-mail at Lewis.Sanborne@RuffaloNL.com.

Families and College Financing in the Wake of COVID